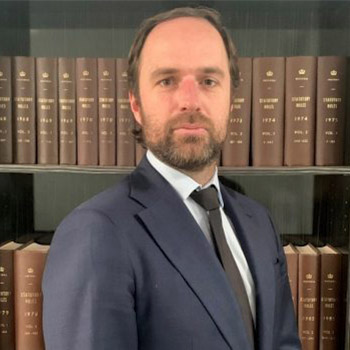 James has dealt with a broad spectrum of criminal matters including traffic, drugs, violence, sex, and fraud charges. He is a passionate advocate who prides himself on his relationships with his clients, and on getting the best for them.

In addition to his Juris Doctorate from Monash University, James has a Masters degree in philosophy (by research) from Melbourne University, and a Bachler of Arts with honours (1st class) from the University of Western Australia.

Offences Against the Person

Google Rating
4.6
Based on 31 reviews

Jake Alcorn
10:37 16 May 22
Damian has being my lawyer for a few years now over some serious charges involving some bad decisions iv made over the years. couldnt thank him enough. Because of damian and his team i have had the chance to turn my life around and not be in jail and thats not a word of a lie. Absolute top bloke and a dead set professional at what he does..

Thu Tuyet
11:40 03 Sep 21
I’d like to thank Damian, a excellent and professional lawyer as well as Helen, a young and energetic lawyerIf you need help in legal matters, it is my opinion that Michael J Gleeson & Associates’ will be the best place for your family and friends.

Adam Lopes
03:13 01 Sep 21
Firstly a BIG thanks to Damian and his team! I couldn’t recommend them more highly.Damian navigated a long and complicated case (right in the middle of the COVID-19 pandemic) and delivered the best outcome imaginable. His legal knowledge and negotiation skills are better than top notch. He was available for consultation every step of the way (and is the friendliest lawyer you will ever meet). He is without a doubt the best in his field.

Annemaree Grgic
18:50 13 Jun 21
Not happy one the communication between the clients housemates and there mates as they won't get. Back 3ven if it's not

Francesco Giannone
07:58 24 Feb 21
Great team of lawyers and staff that take care of their clients

Caleb I
22:58 16 Nov 20
Damien really helped me in a time of need, results were better than expected, very professional. I highly recommend.

Benny Ho
03:34 08 Oct 20
Damian Mcnelly has been amazing walking me through the whole case. Having the knowledge and skills he has you cant put a price on that. 11/10 would recommend

ravneet mehta
06:59 27 Jul 20
I live in Melbourne and I was charged by a wrong charge and I was not happy with that charge and my previously lawyer didn't ready to even listen me. So i was not happy. But after that my one friend gave me the advice about Michael J. GLEESON AND specialyabout Damian. I already met him last week and really all staff is very helpful and always ready to support you.I am really happy to get these type of staff.Thanks

phyllis Arendtsz
14:42 01 Feb 20
Extremely happy with the service and outcome. Damian is an excellent and experienced lawyer I would highly recommend him. He is easy to talk to, understanding and does his upmost to provide best results for his client. Thank you Damian for helping our son in getting his his life back.

Nathan Arendtsz
13:46 01 Feb 20
I would highly recommend Damian McNally. He is a very good lawyer, knowledgeable and expert in his field who cares about his client. I felt very comfortable trusting him with my case as he made me feel at ease and helped me every step of the way. Damien worked very hard for me and was able to achieve an excellent outcome. Thank you Damien I can't thank you enough for all you have done for me.

scott law-davis
01:33 06 Dec 19
Just like to thank Damian and the team at Michael J. Gleeson, if you ever need help in legal matters, it's my opinion that this firm is number 1, fantastic outcome, thank you .

Tony Draper
02:37 07 Jun 19
These guys were perfect, would recommend to any body that is need of a lawyer. Damian helped me a great deal and made court a very easy process! We achieved the best result we could have possibly received on the day and I couldn't be happier with the service provided!

We’ll respond to you shortly.